THE SONGS – Ten Boom the Musical

“These Are My Riches” – Casper “Papa” ten Boom, sings to his daughters Corrie, Betsie and Nollie about the real riches of his life.

“Papa Ticks” – A watch maker, Papa carries many watches inside his coat. Children love to put their ear to Papa’s vest to listen.

“Power To Change The World” – Dramatic duet by Papa and a young watchmaker he hires, who turns out to be a Nazi youth.

“All the Strength You Need” – Nazis come to confiscate the ten Boom’s radio. Corrie and Betsie calm the fears of two young girls.

“My Hiding Place” – The ten Boom’s are arrested and taken. Six Jews hiding in the Secret Room are not discovered by the Nazis.

“When Love Comes In” – Light-hearted flashback, Corrie, five years old, having a tea party. Corrie’s mother joins her in song.

“Perfect Love” – Musical theme song. Flashback to Corrie at 21, when she loses the one and only romantic love of her life.

“Peace Song” – Women stand in roll call in freezing winter dawn, and risk padding their feet under threat of death. A prayer.

“Imagine” – Giselle had mocked Corrie’s faith. Facing death she asks Corrie to help her make peace with God before Nazis end her life. 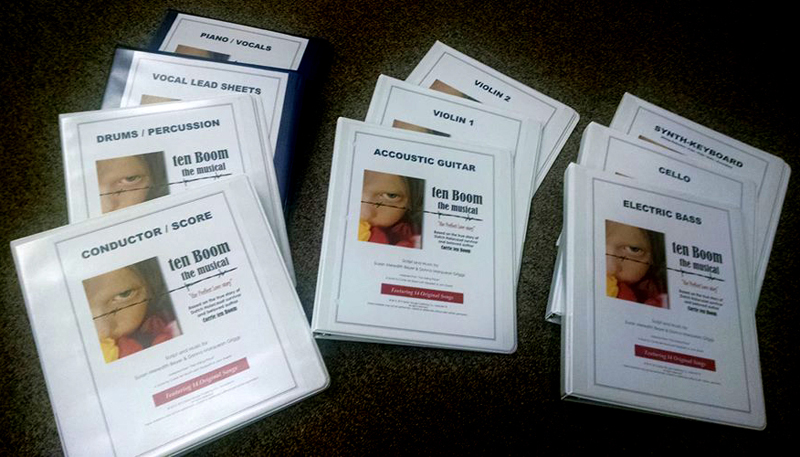